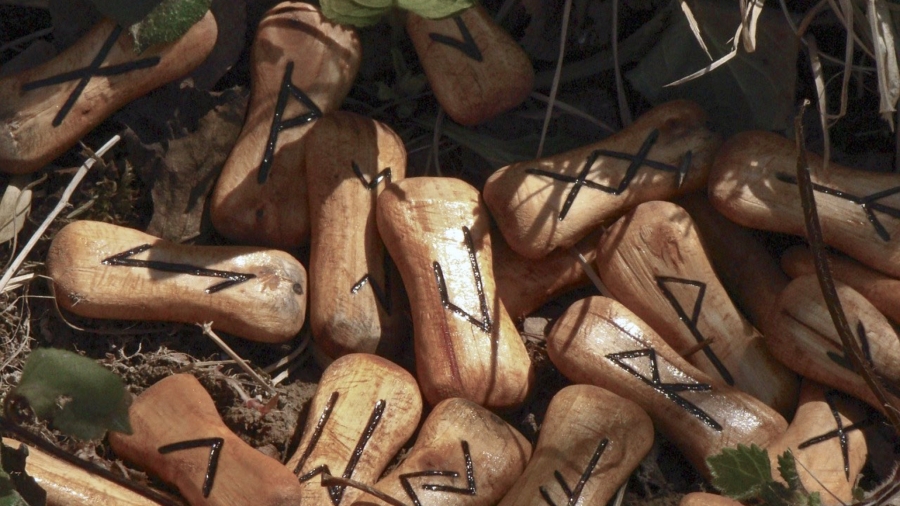 This post contains runic characters. Without proper Unicode support, you might see blank boxes, question marks, or other awkward characters where runes are supposed to be.

When it comes to runes, the Elder Futhark are certainly the most popular; they are the most romanticized, as well as the most common runic characters found on products, tattoos, and the internet. While there is much to say about these famous runes, this page will only serve as a bare-minimum introduction, providing only the basics to help the curious wanderer get by—but more posts will come, eventually.

While most people get interested in these runes because of the Vikings, this futhark was primarily used before the Viking Age: they first appear toward the end of the 1st century, but were replaced by the Younger Futhark in the 8th century (at the beginning of the Viking Age).[1] Nevertheless, this futhark contains 24 runes: ᚠᚢᚦᚨᚱᚲᚷᚹᚺᚾᛁᛃᛈᛇᛉᛊᛏᛒᛖᛗᛚᛜᛞᛟ, which we know from runestones such as the Gotlandic Kylver runestone from around 400 CE (pictured below).[2] You may notice that some of the runes on the Gotlandic Kylver runestone are ‘backwards,’ but this was a relatively common practice. Such runes are often referred to as ‘retrograde’ or ‘reverse’ runes. Likewise, upside-down runes are referred to as ‘inverted’ runes.[3]

But these futhark (like most others) are typically split further into three ættir, or families: ᚠᚢᚦᚨᚱᚲᚷᚹ, ᚺᚾᛁᛃᛈᛇᛉᛊ, and ᛏᛒᛖᛗᛚᛜᛞᛟ.[4] The division of the futhark into these ættir goes back to the Vadstena and Grumpan bracteates (pictured to the right) from roughly the 6th century, but the use of the term ættir for this tendency comes from 17th-century Icelandic manuscripts.[5] The significance of this practice is unclear, so if you encounter a website or text that elaborates on the meaning of these ættir, take caution: be critical and check their sources.

Out of the roughly 350 known inscriptions containing Elder Futhark runes, 260 of them are found in Scandinavia (and only 65 of those being on runestones, which generally date near the end of the Elder Futhark period). The rest come from continental Europe, reaching as far east as the Baltic Sea. These inscriptions, which have withstood the wearing winds of time, are typically very short and carved on objects made from bone or metal. Nevertheless, it is likely that there were longer inscriptions on wood, leather, and other organic materials that don’t preserve as well.[6]

I will only make a brief note on language: these runes were not used to write Old Norse, although that is commonly believed (and practiced). Old Norse developed out of North Germanic (also referred to as Proto Old Norse) around the beginning of the Viking Age, which was when the Younger Futhark replaced the Elder Futhark.[7] Vaguely speaking then, the language written with the Elder Futhark was Germanic (in the Indo-European sense of the term). I would be more specific, but there is an academic debate about which Germanic branch the Elder Futhark best reflect. The assumption is typically Proto Old Norse, since the majority of inscriptions are found in Scandinavia; but it has also been argued that the language was only “mildly Scandinavian” and thus something more like a West-North Germanic.[8] Most people don’t need to worry about such things too much, though; it is well enough to simply be aware of the debate and avoid spreading faulty information.[9]

Below is a table containing each Elder Futhark rune, its Latin letter equivalent, its name (in the language it was most commonly used for), and an English translation of its name. Many of the runes below can be found in variant forms, but I have only included the most common forms:

5 thoughts on “Introducing the Elder Futhark”