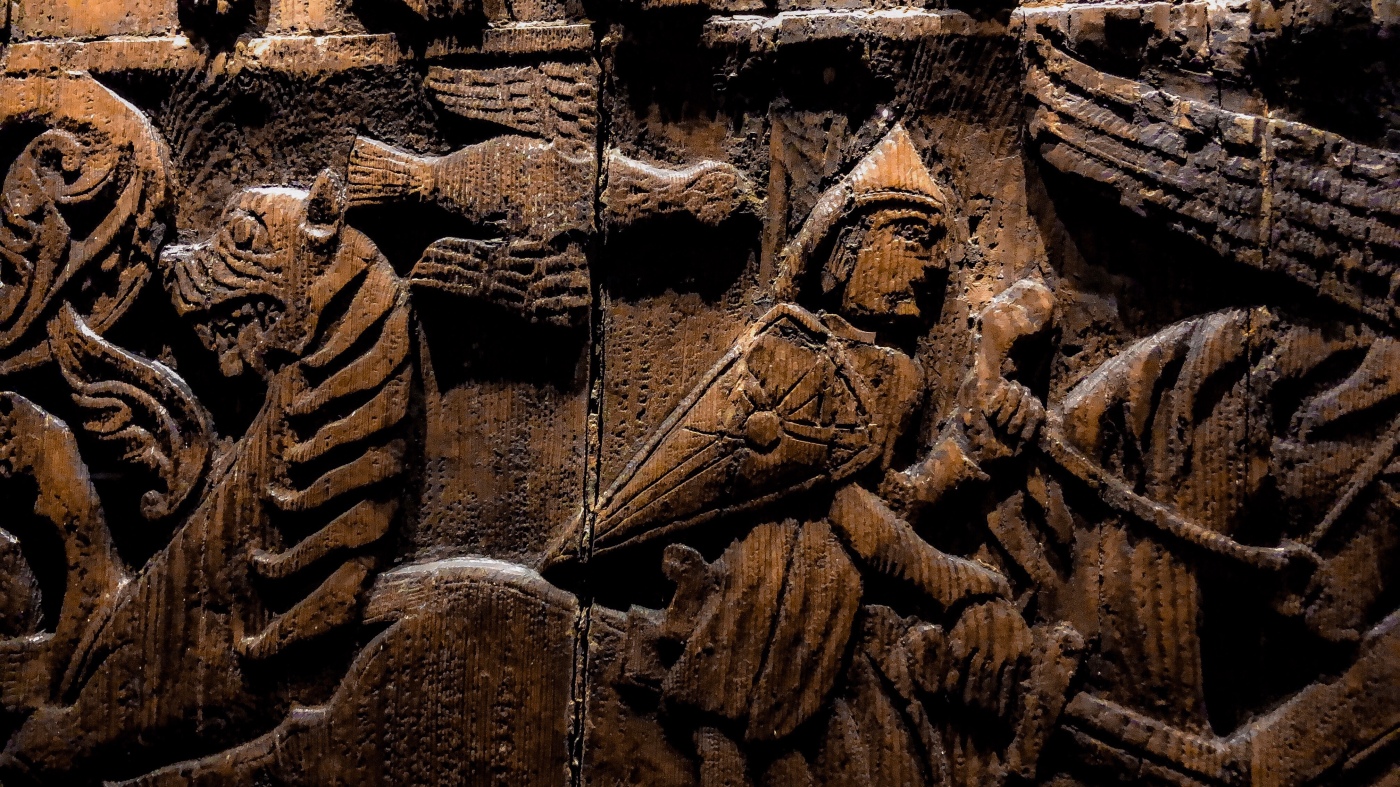 Fjorn’s Hall is a subscription-based, educational website dedicated to helping people of all backgrounds learn about Norse history, literature, and lore. Its host, Fjorn, is an independent medievalist actually named Steven T. Dunn. He obtained a Master’s degree in History in 2019 from the University of South Florida, which culminated in a thesis titled “Weaponizing Ordinary Objects: Women, Masculine Performance, and the Anxieties of Men in Medieval Iceland.” During that time, he studied abroad in Iceland for a short while and presented on Norse topics at various conferences, including the International Congress on Medieval Studies in 2019.

The goal of Fjorn’s Hall is to provide accessible, affordable, reliable, and safe courses, articles, and resources for anyone seeking to learn about the medieval north—to make modern skalds out of wisdom-seeking wanderers. Although such materials are perhaps inferior to university-level courses and articles/books prepared by professors holding PhDs, it nevertheless provides a place wherein those resources come together into well-researched and appropriately-cited articles that are, in most cases, more easily accessible to people than expensive courses and price-burdened books.

The roots of Fjorn’s Hall go back to a Tumblr blog that began on the 29th of September, 2015. Initially, that blog was called The Viking Life, and it was simply a place to share small bits of information on the Vikings and reblog posts and pictures that formed a pleasant aesthetic (an extension of a Pinterest account, really). In time, however, the blog changed its name to Sagas, Skalds, and Things and began to produce posts of greater substance. On the 25th of March 2016, Fjorn launched an informal crash-course covering Viking History, which was mostly drawn from the notes he’d taken as an undergraduate in a class on that topic. That year was, perhaps, the Hall’s golden age, for its following on Tumblr grew immensely during that time.

By September 3rd, 2016, less than a year after this journey began, this WordPress-powered website was first made, marking the beginning of Fjorn’s Hall‘s life beyond Tumblr. Even so, the blog continued to grow on Tumblr through July 2017: its crash-course on Viking History reached lesson 27 (its 45th post), countless Old Norse words were shared, and many questions were answered from wanderers and followers alike. After that, however, Fjorn began graduate school and the blog’s activity began to wane. Nevertheless, because Fjorn is both stubborn and persistent, the blog underwent yet another rebranding in November of that year, and was then called Norðurbok for a short while.

Yet, by January 1st, 2018, this blog settled on the name Fjorn’s Hall. This change reflected a renewed vigor to keep the project alive despite the burden of graduate school. The beginning of that year was marked by posts called “Lore Tomes,” which helped people find references to Norse gods in various primary sources, as well as “Hearthside History” posts that focused on specific topics, such as farmsteads and healing. But these posts, although thorough and well-received, were slow in coming. By June, then, Fjorn was trying yet another new medium to help keep the Hall alive and engaging: a podcast.

On July 2nd, 2018, Fjorn appeared as a guest on The History of Vikings Podcast. Shortly thereafter, he began his own podcast, launching the first episode only a few days later, on the 5th. That podcast was both a success and a struggle, for it only produced ten episodes in a year and a half, with many intended series left incomplete. Over time, Fjorn focused more on his Norse-themed tea shop (founded in March 2019) and less on Fjorn’s Hall, and so it seemed that it was all but abandoned.

By May 22nd, 2020, however, Fjorn once again contemplated returning to Fjorn’s Hall and its roots as an education blog. At this time, it was decided that it should become a subscription-based website that could compensate his efforts financially, thus providing him with the means to dedicate more time to producing content that exceeds the quality of his blog’s long lost golden age. Thus, with your understanding and support, Fjorn’s Hall can still become the resource that it has always had the potential to become—and has constantly struggled to reach.